We are going to release a new version of Reinstall DirectX EZ, which will support Windows v8.1 and Server 2012R2. The new version will be available for downloading in a few days. All the users (including free trial) are allowed to upgrade the old versions for free by then. If you are facing DirectX problems when playing video games, and the problems cannot be simply removed by reboot or reinstallations, Reinstall DirectX EZ could be the final solution to solve any DirectX problems for you! 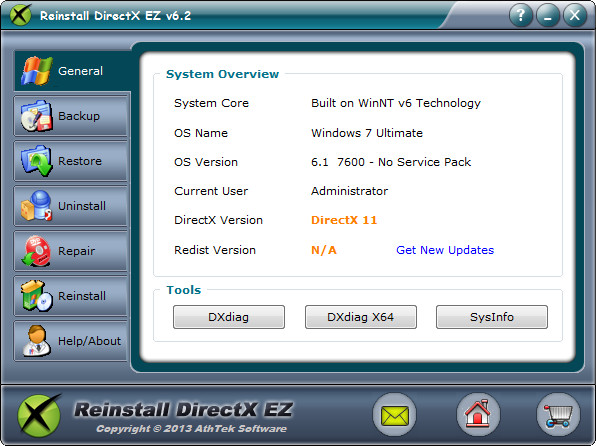