January 29, 2012    Development Center of AthTek Software
————
A new web authoring/programming tool has been released in AthTek Software, with the advanced features wating for your review. 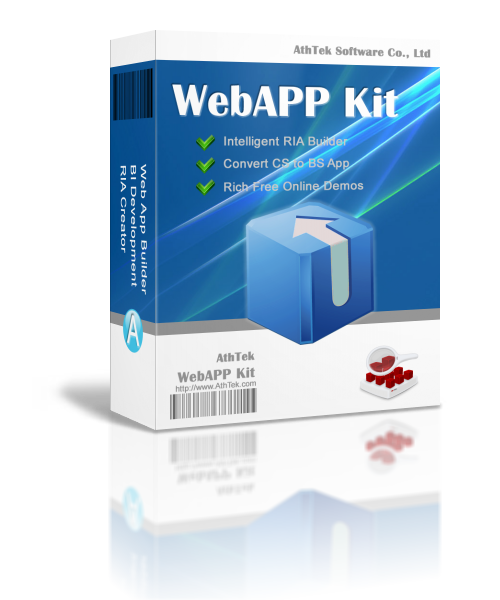 AthTek WebAPP Kit is an advanced web authoring tool which can turn ordinary PC software projects into web based applications conveniently and effectively. It works together with popular programming tool such as Delphi and generate rich internet applications (RIA) for IE or IE core browsers. It enables Delphi developers to create internet app directly with the existing projects, and enables business administrators to provide SaaS on their website or intranet in a more effective way. You don’t need to be master of HTML, ASP, PHP or JAVA, but you can still build up intelligent web based applications with AthTek WebAPP Kit.

We all know that Cloudy platforms and SaaS is the trends for future software system. But it will take a long development circle and large amounts of dollars to convert the current C/S type software systems into B/S type internet applications. If it was a complicated software system for a large company, it will take a 10-member team several months hard working for the transplanting to web server. And the business owner should pay hundreds of thousands of dollars to the development team. With AthTek WebAPP Kit, you don’t need to spend so much time as well as so much money on this kind of project. It will help you to create the rich internet applications (RIA) according to the original software system in minutes, more than that it costs much less than hiring a development team for months. 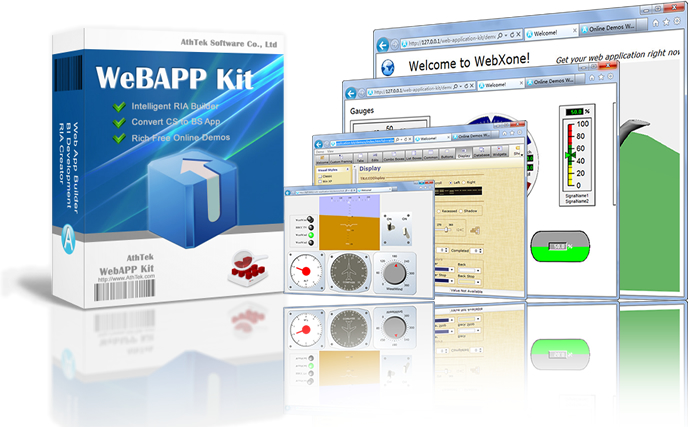 You can find some free online demos which were created by AthTek WebAPP Kit and the program editor Delphi7. The free online demos can only be viewed in IE or IE core browsers, and you will be asked to install an IE plug-in for the first time you access online demos of AthTek Software. The price of AthTek WebAPP Kit now is $995 – quite affordable price for large companies and activated development team. Order now you are allowed to upgrade your license lifetime for free, even we adjust the price to higher level in the future.