March 8th, 2014  |  Development Center of AthTek Software
—————
We have released a new version of Free Google Desktop Translator which solve the connection issue with Google Translate online. You can download and use the new version on your desktop. You can also use the live update function inside the program to get the new version. If you are looking for an easy to use desktop translator, Free Google Translate Desktop will be the best choice for you. 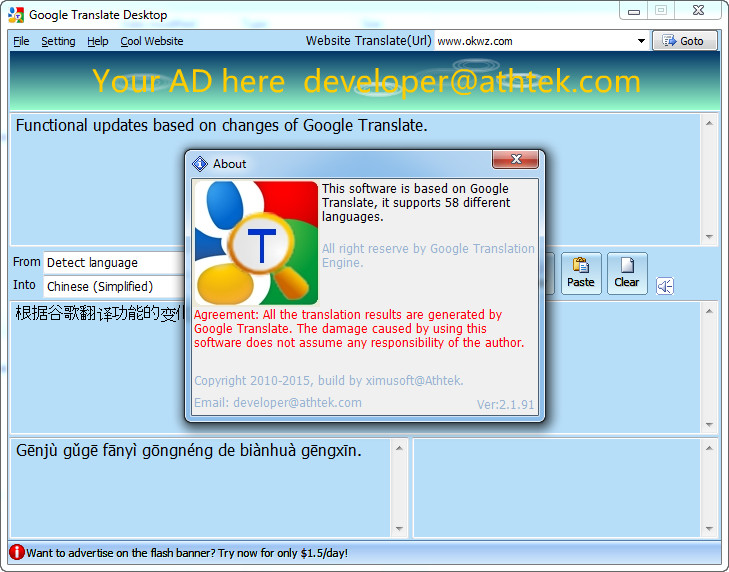 What’s New:
* Functional updates based on changes of Google Translate.