AthTek Flowchart to Code v1.0 Has Been Released!

We have a great news: after one year’s closed beta testing, the most powerful program Flowchart to Code Converter will be released for soon! 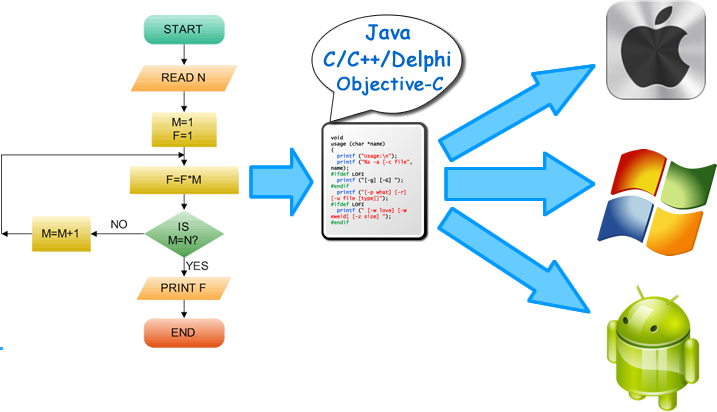 Another good news is the Flowchart to Code converter will not only support flowchart to C/C++/Delphi projects, but also support flowchart to Java and Objective-C! This means if you want to create an app for iOS and Android, you can easily generate the beta projects by designing a flowchart! Even you are not savy in coding, you can still fast establish your iPhone app in minutes!

Our dream is to make a powerful tool which can help users to design an app for iPhone and Android all by flowchart. If possible, everyone could be an app engineer in the future. Flowchart to Code converter is expected to release in September. If you are looking for a tool which can convert flowchart to code, this application would be the best choice for you!